Review By My Family Fever

Review By My Family Fever

Treating insect bites has always been a bit difficult, as we have young children. They are not keen on any sort of cream, as they don’t give quick enough relief, and they leave the skin greasy.

Step up Bite Away. 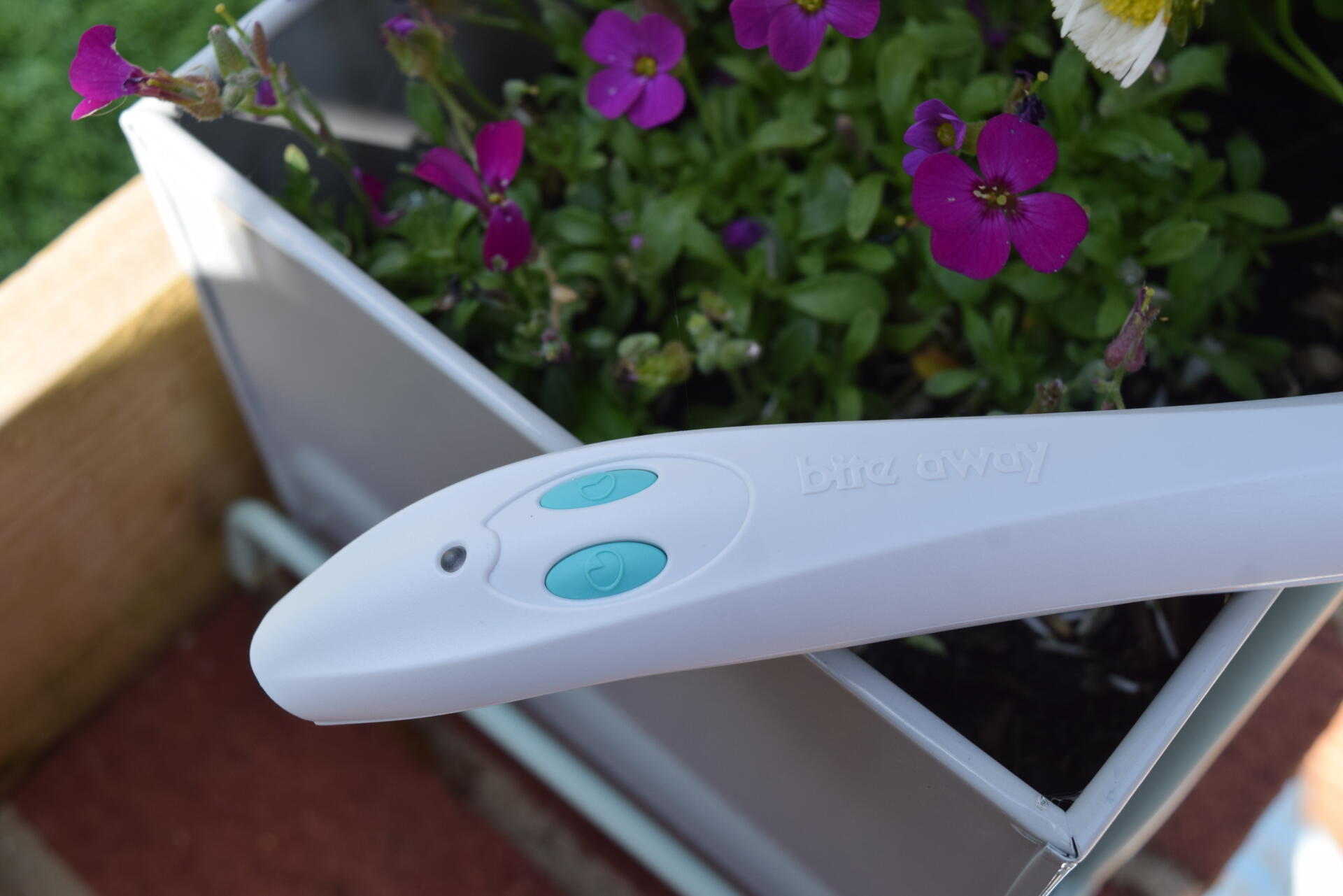 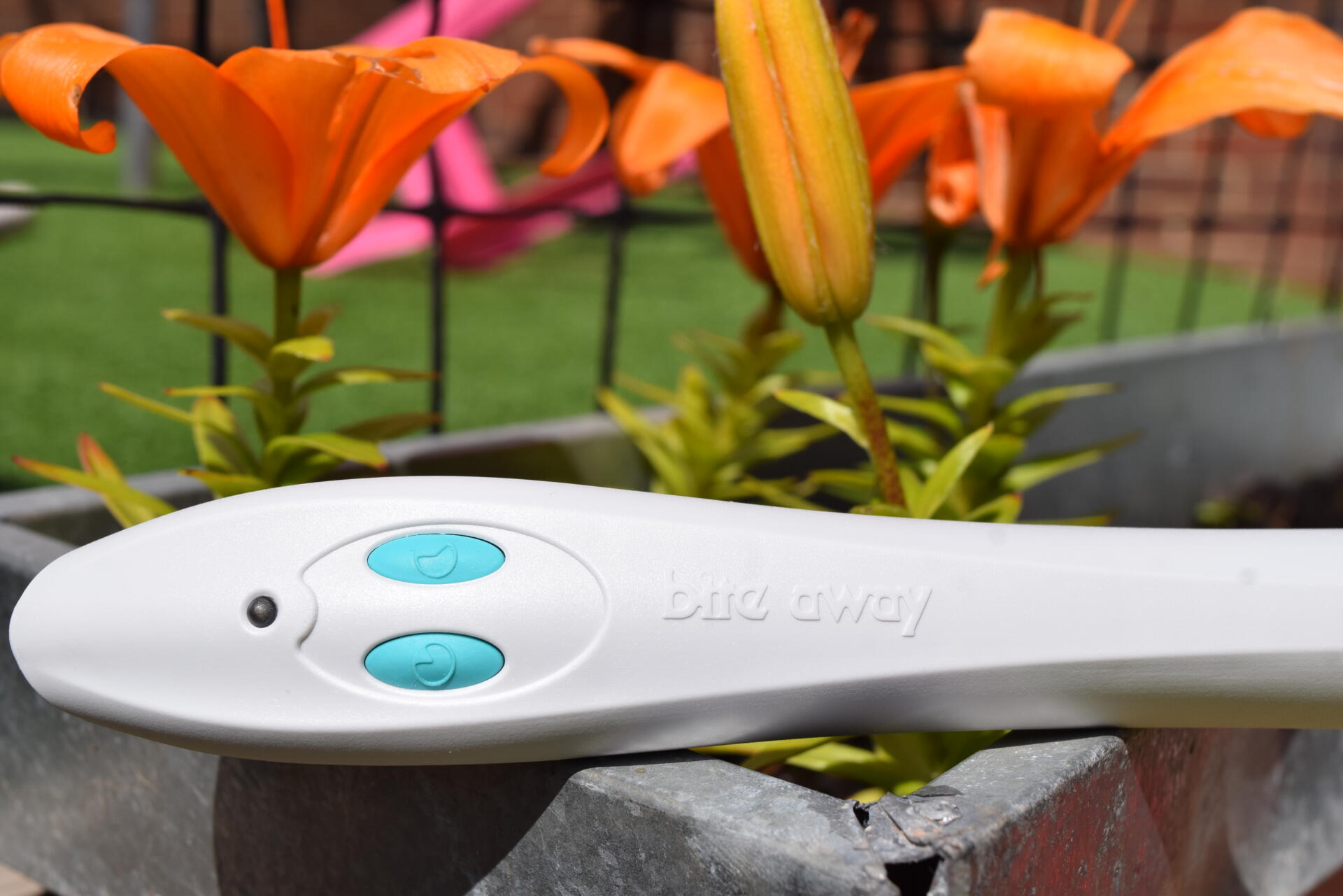 Bite Away is a medical device for the treatment of itching, pain and swelling caused by insect bites such as those caused by mosquitoes, wasps, bees and horseflies. It is totally chemical free, using a short burst of heat to reduce the symptoms of bites and stings within 2 minutes. It uses local hyperthermia (concentrated heat) to inhibit the neuronal itch signalling pathway, reducing the itch, whilst simultaneously releasing histamine to reduce swelling. The result is quick and effective relief from the symptoms of insect bites.

I was worried that the fact it was a medical device would make it fiddly and complicated to use, but I was pleasantly surprised. To use, you simply press the device onto the affected area and very gently press onto the skin. Once applied, you press the button to heat up the ceramic contact plate for 3-5 seconds, and the device then switches off automatically, reducing any potential to cause overheating. This can be repeated up to 5 times in an hour on the same area of skin. 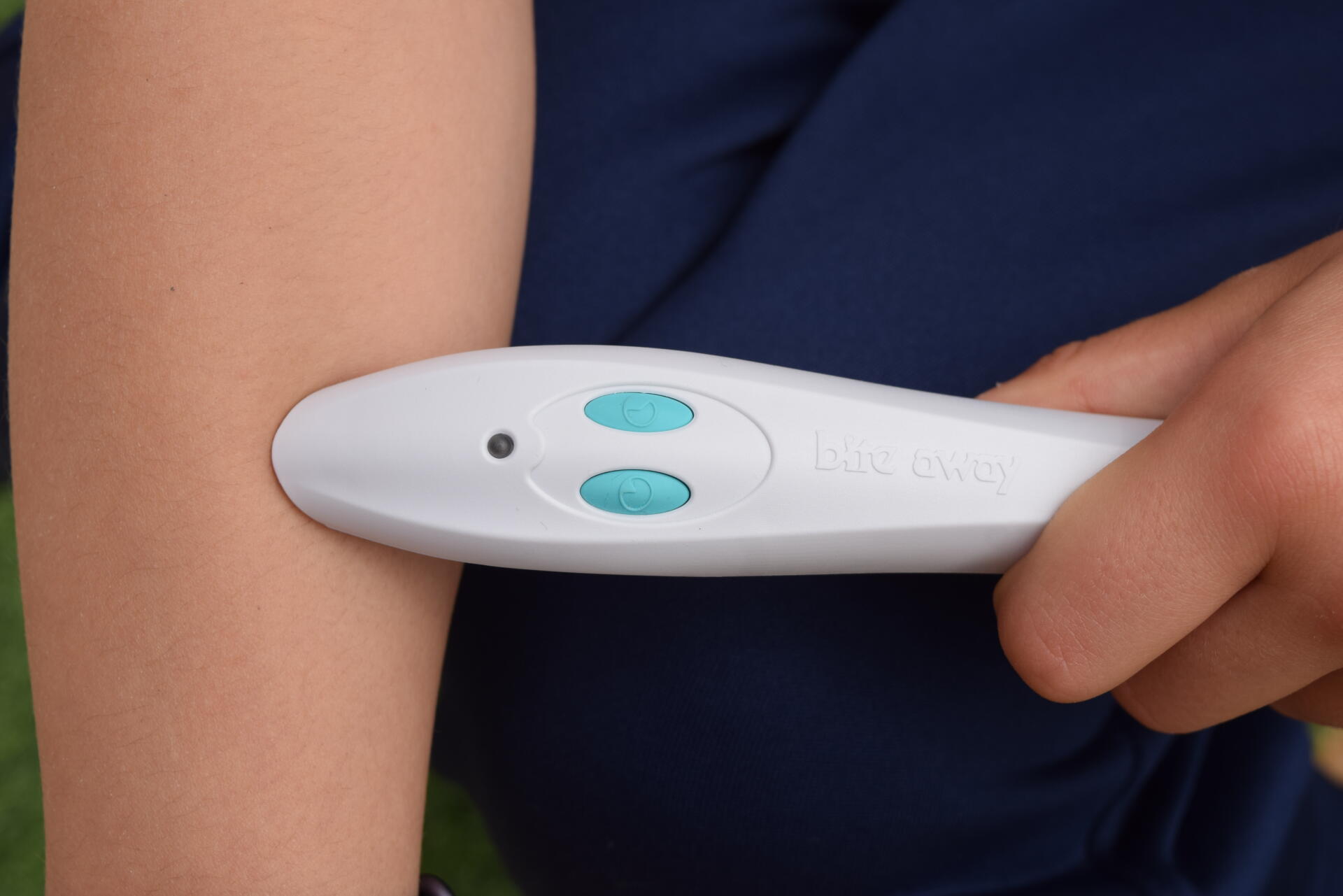 A recent study showed that just 2 minutes after using Bite Away, there was a notable reduction in pain, and after 10 minutes the pain had almost disappeared. We found similar results after my daughter was stung by a wasp very recently. After ensuring the sting was removed, we applied Bite Away to the reddened area, and my daughter reported almost instant relief from the pain. We repeated the treatment once more and an hour or so later, you could hardly see the area which had been stung. There was very minimal redness or swelling, and no itch upon healing.

Because Bite Away is chemical free, it is suitable for children, allergy sufferers and pregnant women, and offers a long lasting and natural alternative to traditional bite remedies. It is dermatologically tested, so great for my eczema sufferers, and can be reused safely by multiple users, making it the perfect solution for a busy household.

Bug Life: What To Look Out For When Exploring The Great British Outdoors